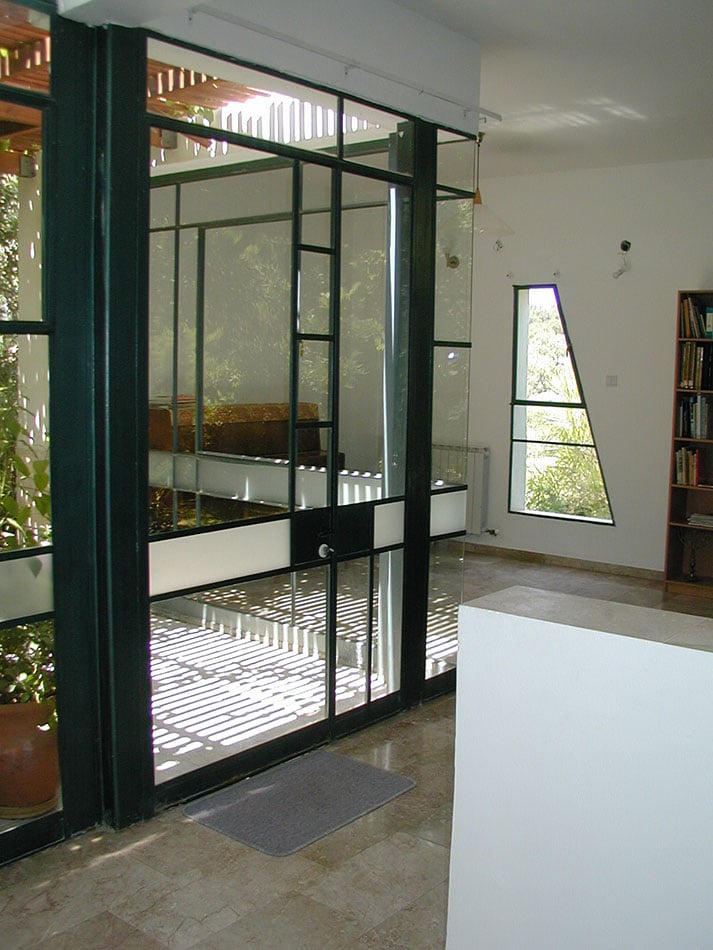 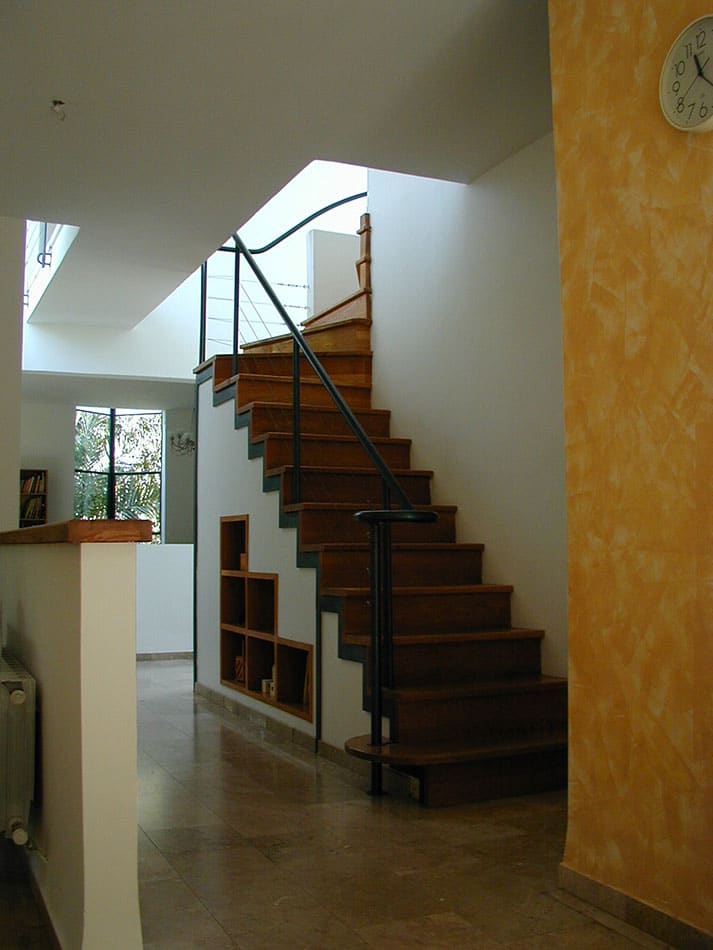 In Israel, a country of high density, cities are very often linked together, forming a continuous urban condition. In such cases it is the suburban areas which trace the cities boundaries and keep their identities defined.

The house presented here was built in Kiriat Tivon, a suburb Haifa on the northern part of mount Carmel, which has a strong local sense of place, and maintains a special concern with environmental issues and architecture.

Israel’s population is composed of several ethnic communities, which immigrated to the country throughout the last century, forming a new nation in the homeland landscape of the Holy Land.

The various cultures and traditions, juxtaposed together in the biblical landscape within a Mediterranean context, present an extraordinary opportunity for reinventing an architecture with a strongly rooted background, in an era of globalization and international intercultural discourses.

Practicing architecture in Israel is daily addressing the question of identity and it’s “reason d’être” in an environment of rich heritage and history. The question of the relevance of modernism and tradition was the key issue in the design of this house.

How do you define an Israeli house in an area of international culture based on computer communication, Internet language and global economy? How can the issues of regional landscapes and national heritages be considered in the process of making plans and facades of a ”home” in the profound sense of the word?

Today, practicing architects should not resist neither the technological revolution, nor the computer globalization, but rather try to incorporate these advancements in the invention of new ways of expression to settle the contradictions and conflicts of our daily life and reality.

The new architecture should reflect the ambiguity of the human life facing rapidly changing needs and spaces.