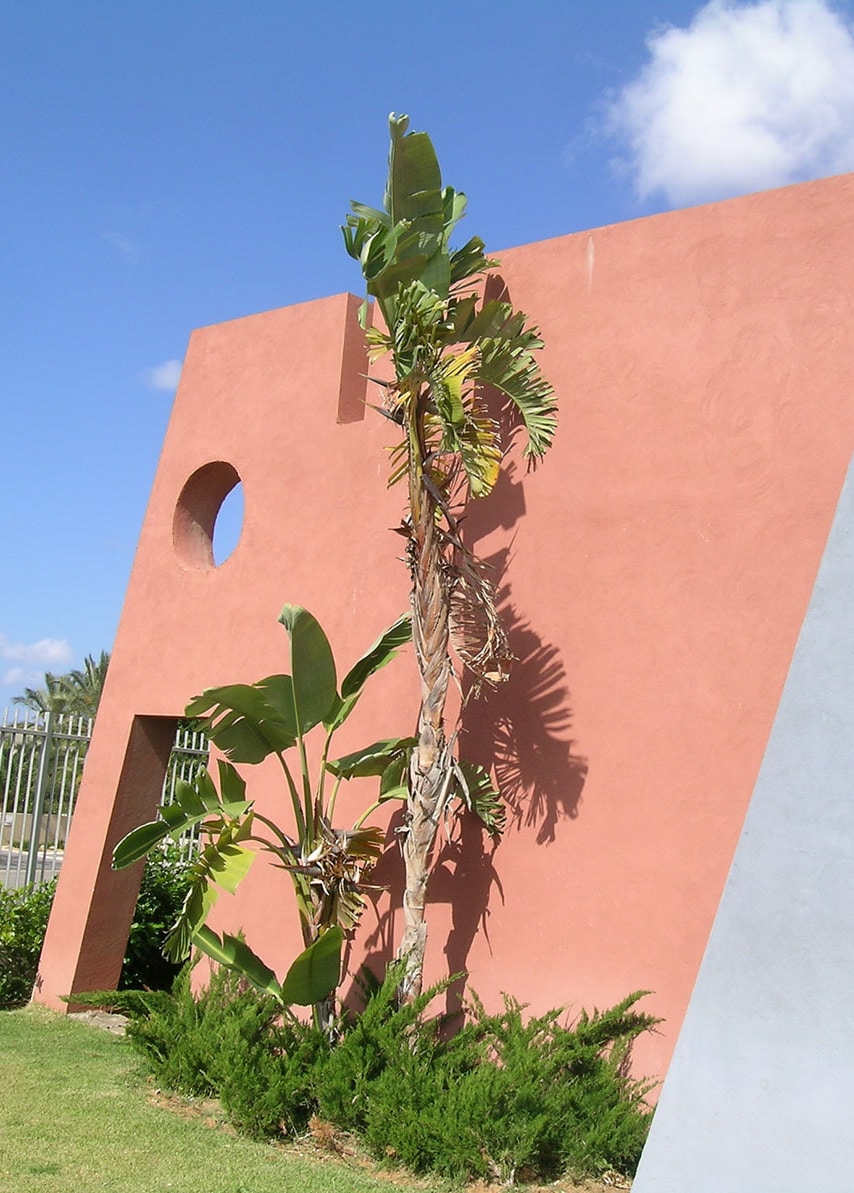 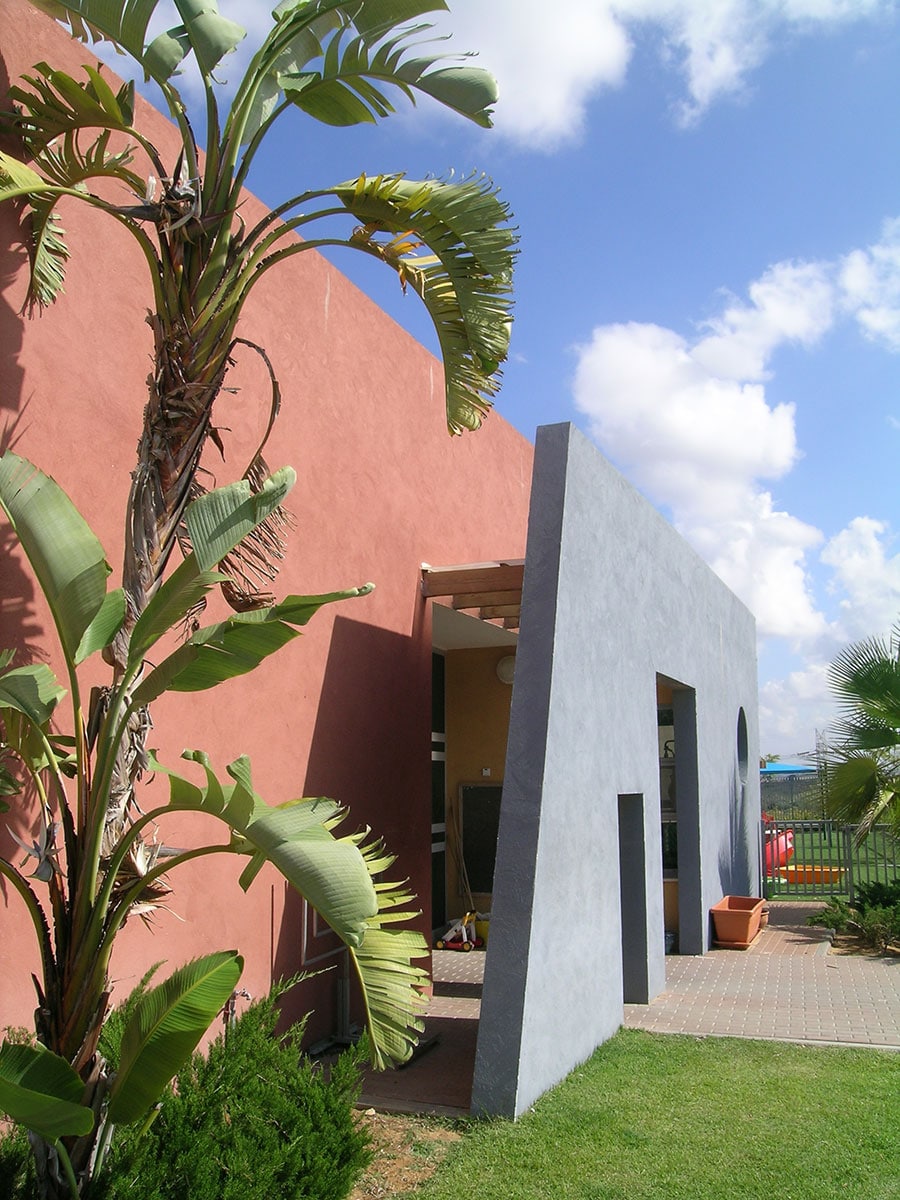 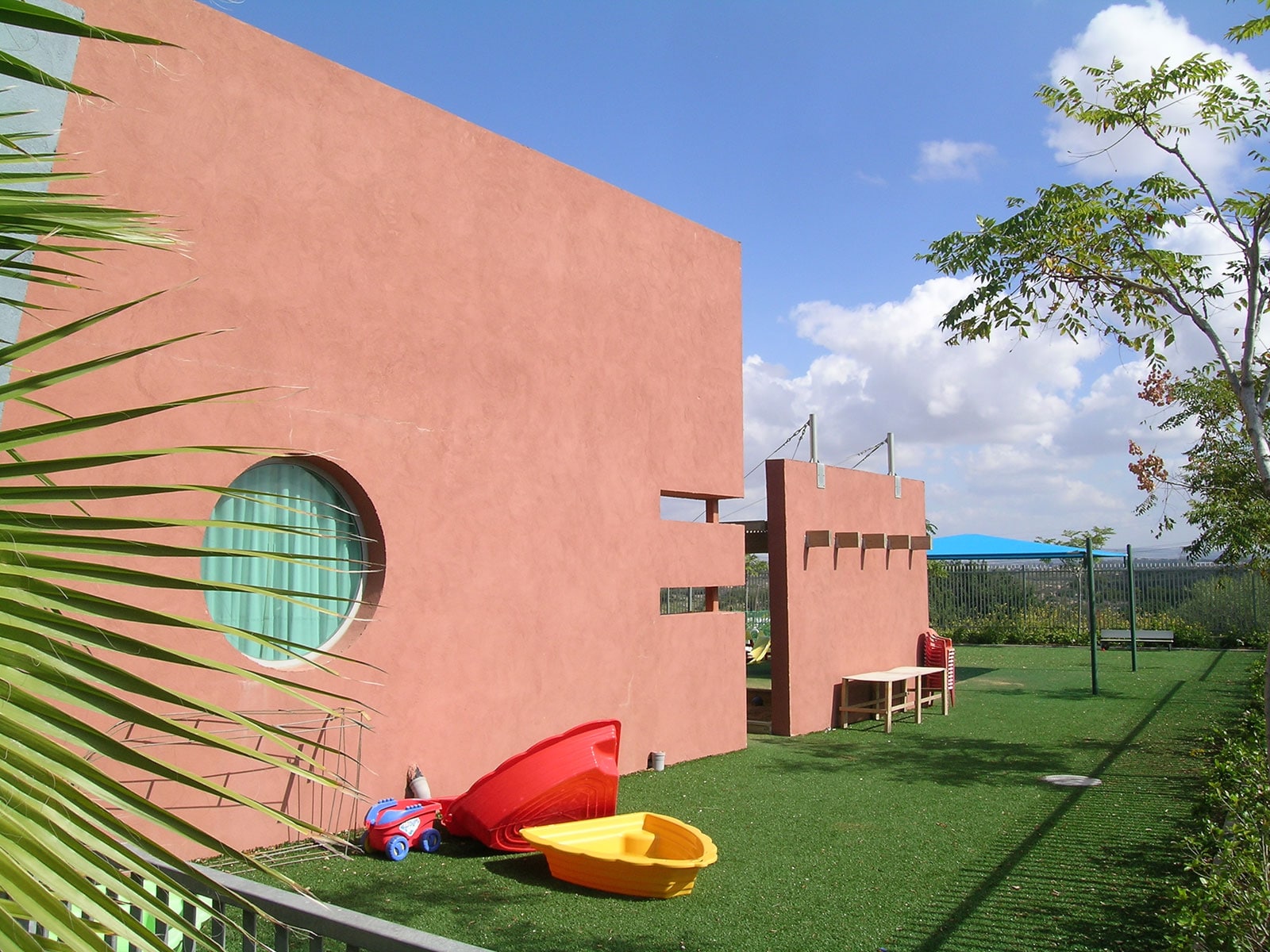 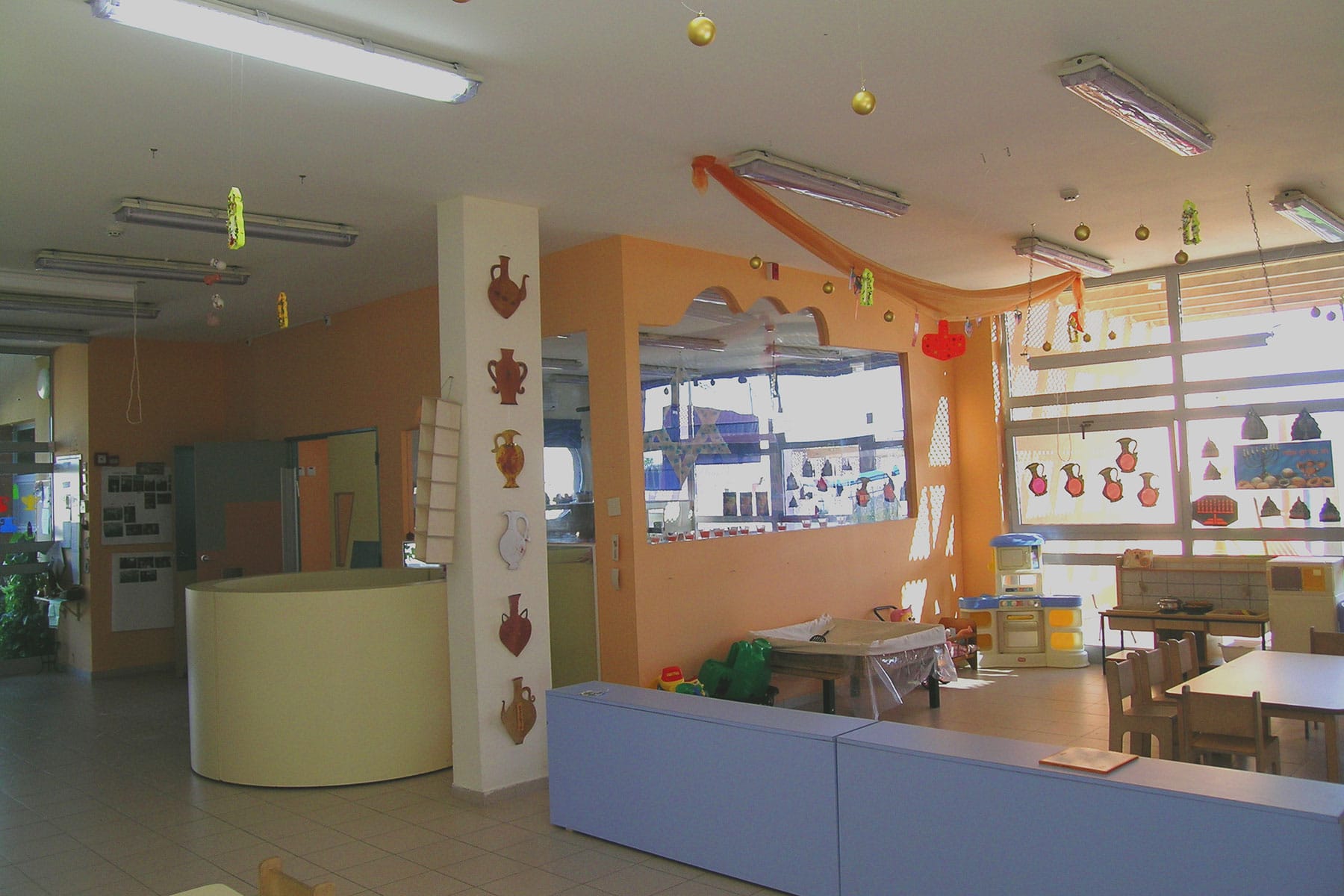 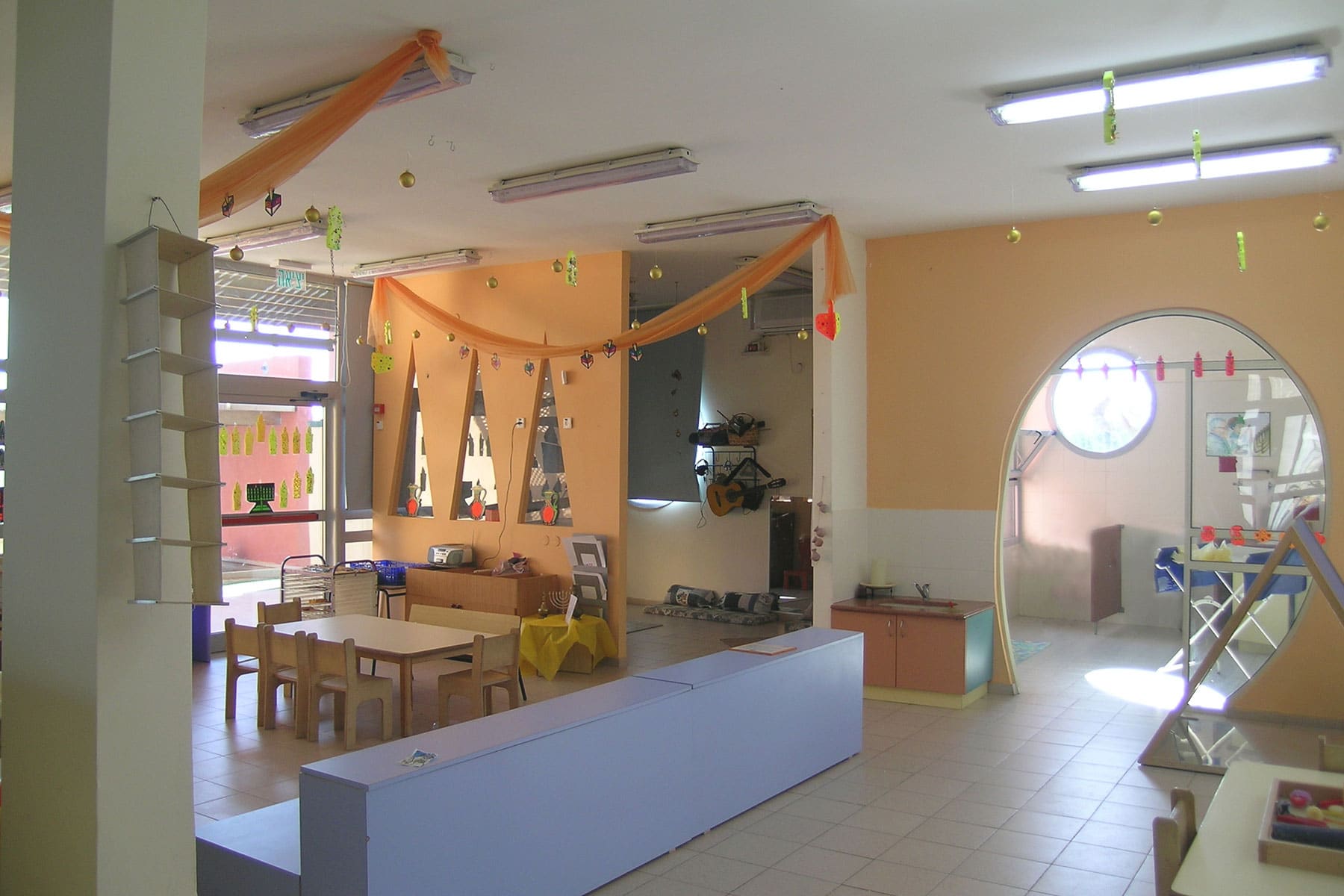 Building a kindergarten is in a way creating an imaginary world, a space where a child exposes himself socially and physically to the outside world beyond his home and his family.

The kindergarten is the first space where a child gets to know new people “strangers”, new surroundings, and become a part of his new community.
To facilitate the child`s introduction to his outside world away from home, we invented a new architecture vocabulary based on geometry, colors and images that can evoke some meaning to the child`s mind.
The imaginary space floating from the fairytales is a vital source for inspiration and delight.
It is in this context that we created in Caesarea kindergarten an architectural journey of three walking elephants traversing the dunes of Caesarea, three elephants traversing the history of times and realities close to the archeological sight and the ancient Roman city.
The building evokes a unique atmosphere encouraging children to create their own stories and dreams. The image of three elephants is a starting point rather then a fixed architectural image.