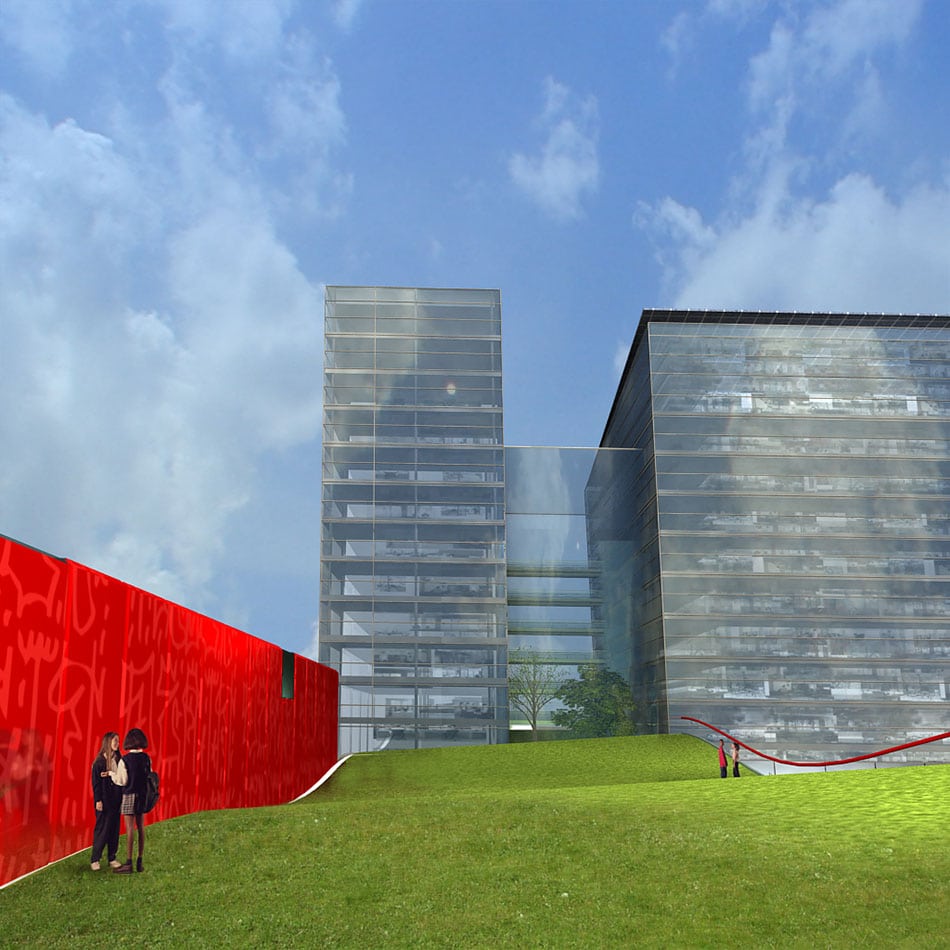 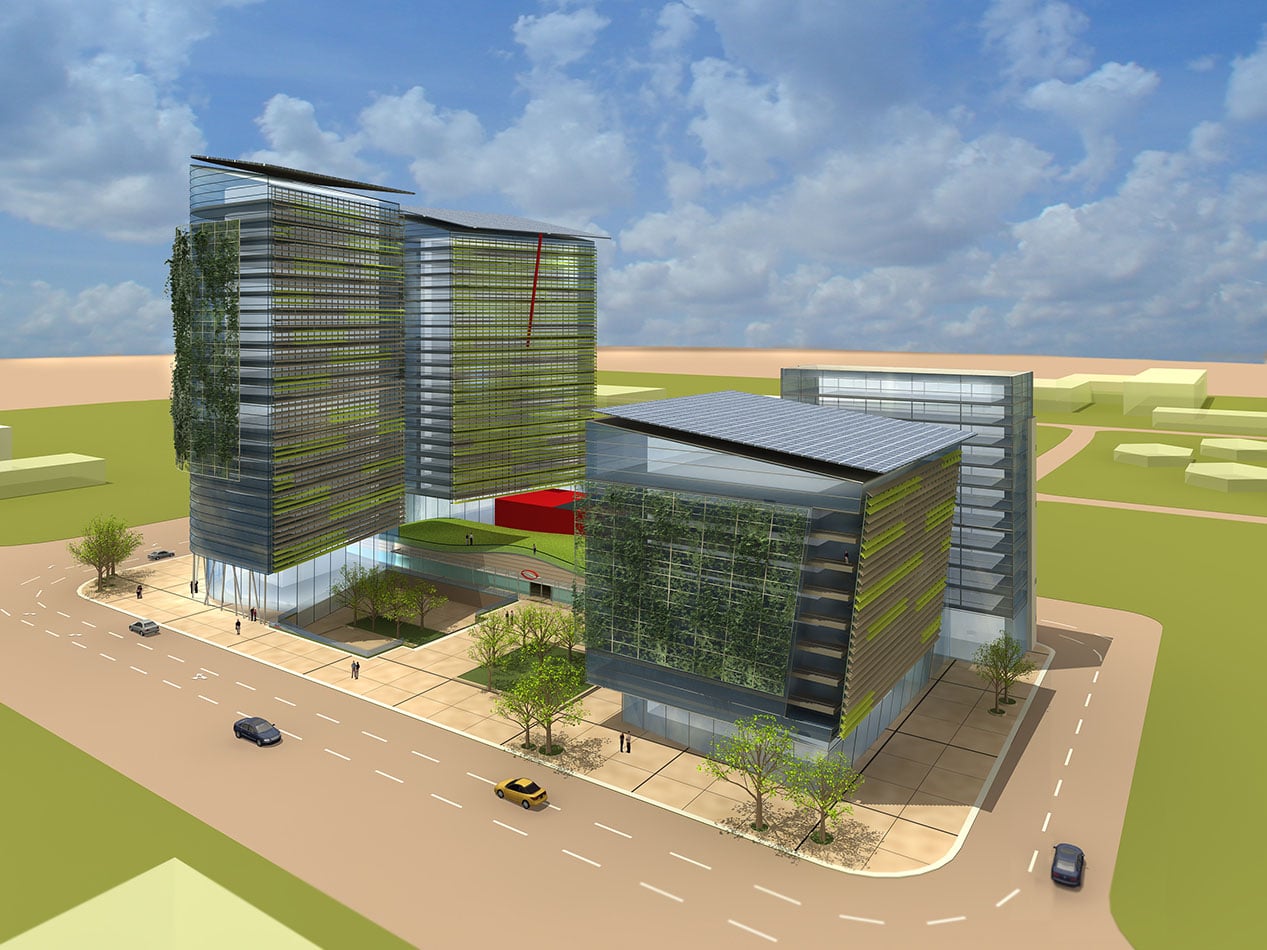 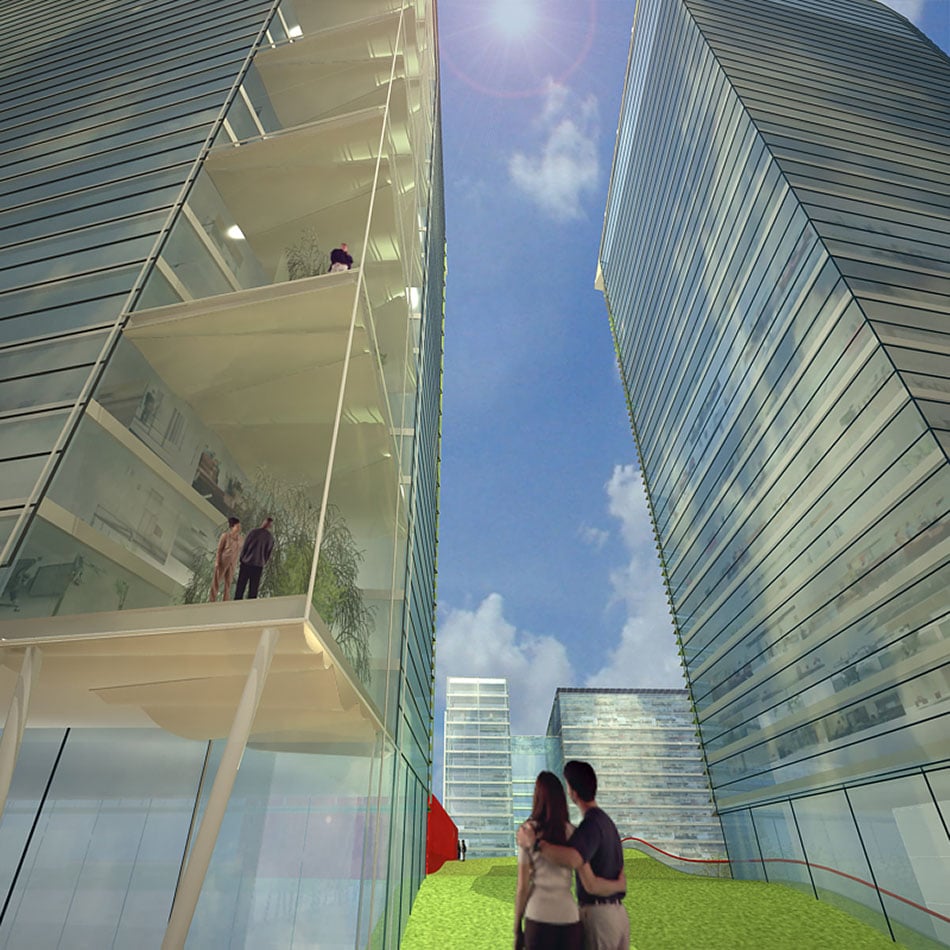 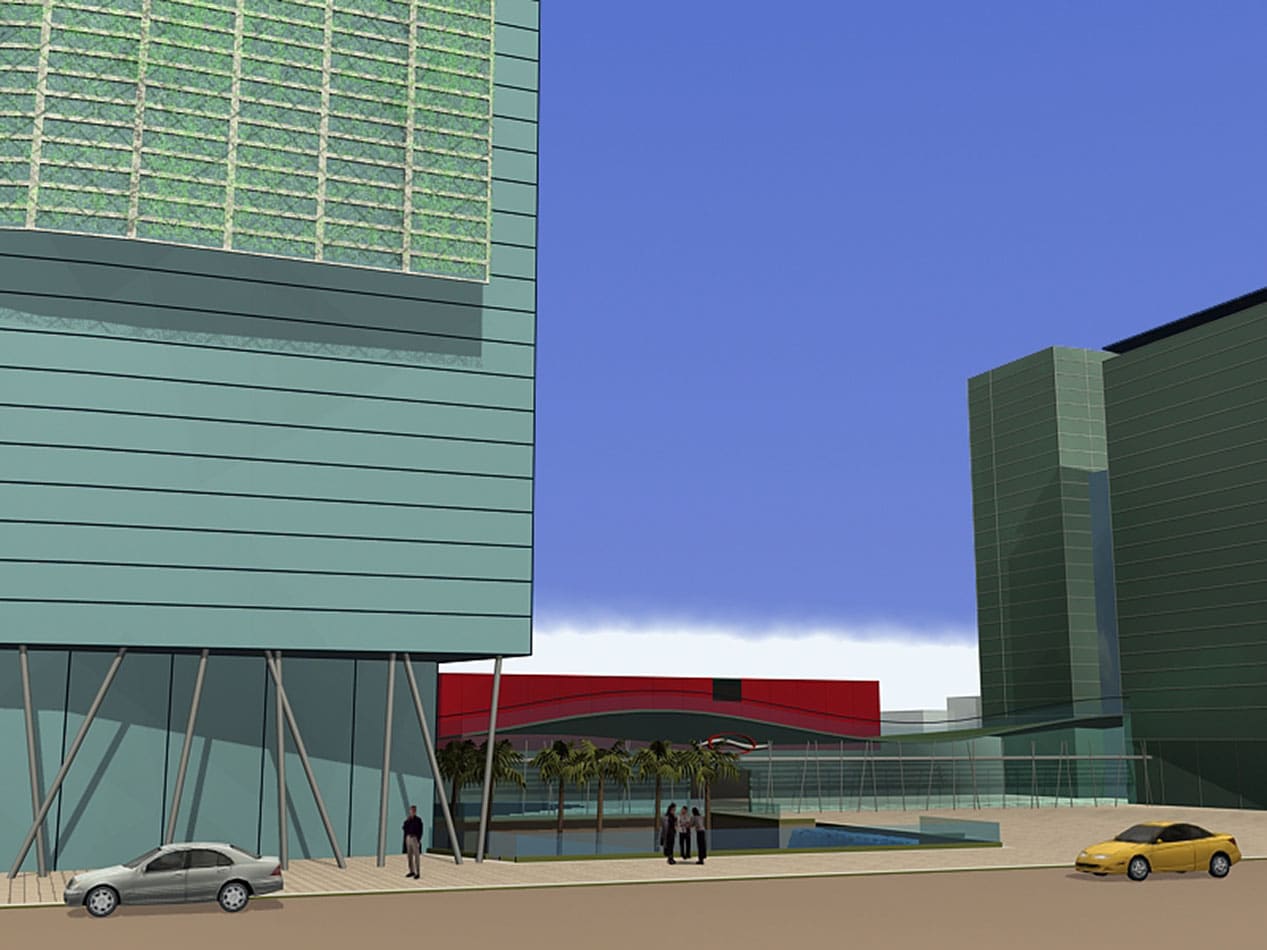 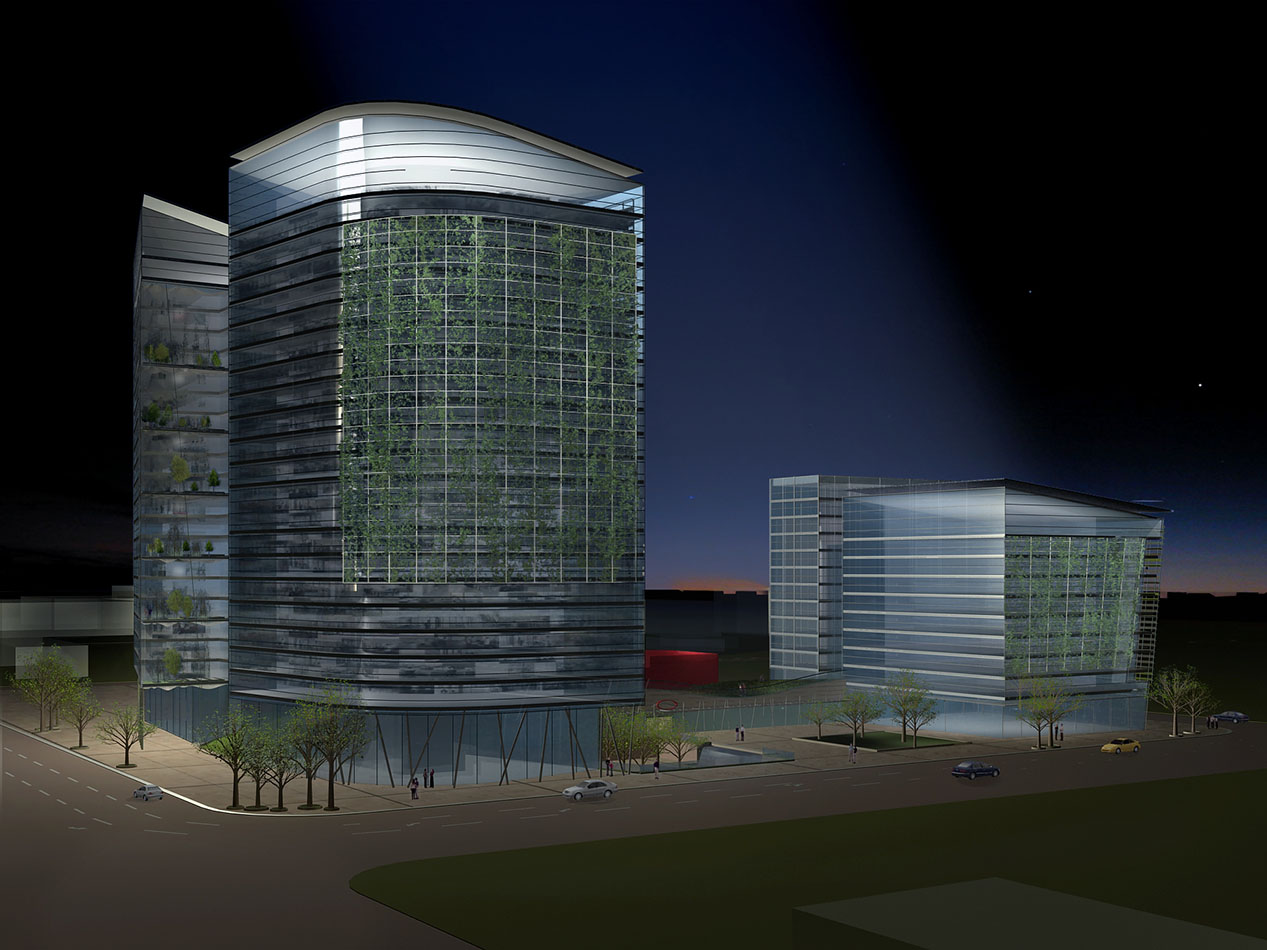 Petach-Tikva, a city neighboring Tel Aviv, has led to a hasty development and the loss of its historic identity. Petach-Tikva is one of the first settlements in the country and at present becoming a part of the growing Tel Aviv metropolitan area.

Rabin hospital and Qiryat Arie employment district are public institutions of national importance, situated in the western entrance of the city, thus having a great impact on the identity of Petach-Tikva.

Go Green Towers, planned on the former plot of the Yakhin factory complex next to the hospital, present an opportunity to redefine the entrance of the city. The importance of these two towers by their physical appearance and their unique location may create a test bed for a change along the main traffic artery into Petach-Tikva.

Based on green technology and construction methods, the towers present some clever systems of harnessing and saving energy. A solar station, photo-voltaic panels on the roofs, water treatment and use of gray water for garden irrigation, the north-south orientation of the buildings and a variety of shading panels to reduce the exposure of glass facades to intense sunlight.

The building’s envelope is partially constructed of double-thickness walls, adding to insulation and creating a comfortable micro-climate of working spaces in the building interior.
The Go Green Towers in the western entrance to Petach-Tikva are an attempt to propose a new focus in the city in a shifting reality, taking into account the necessity for sustainable design in future buildings.