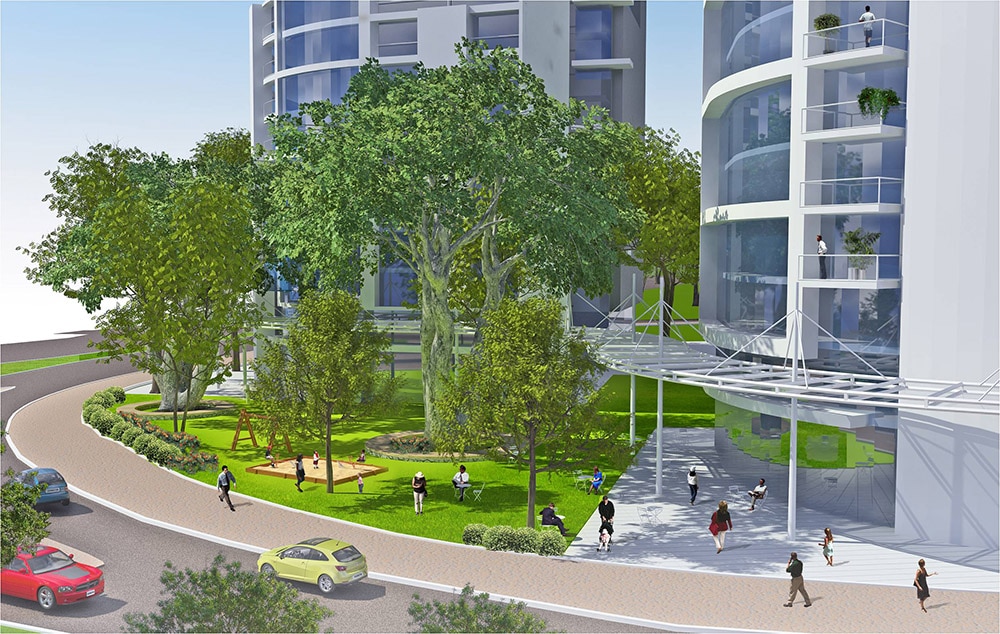 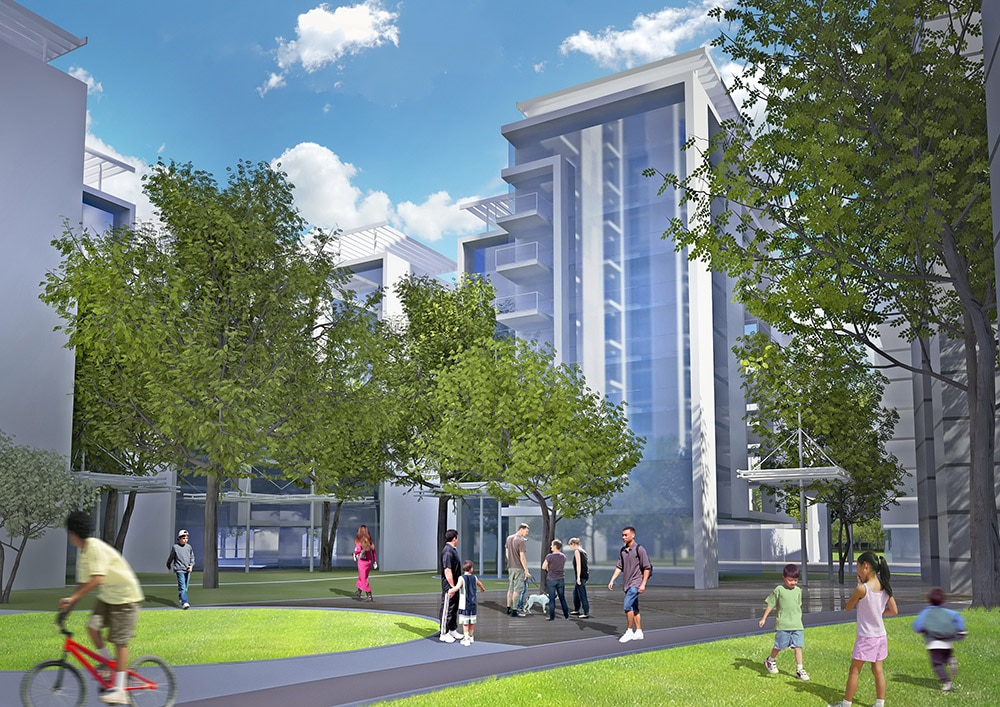 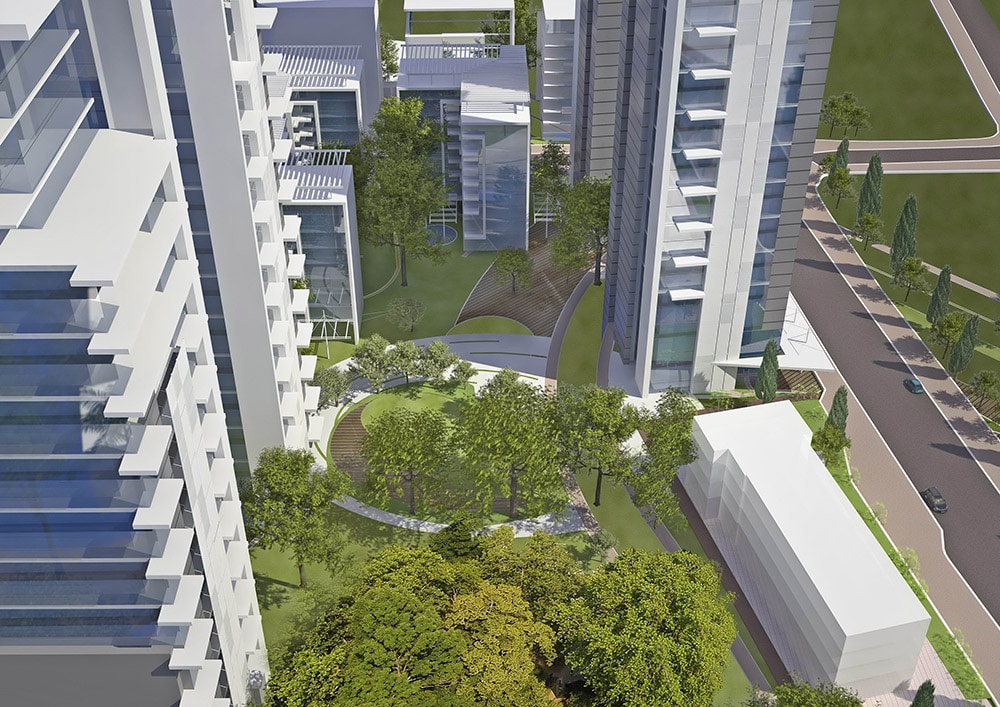 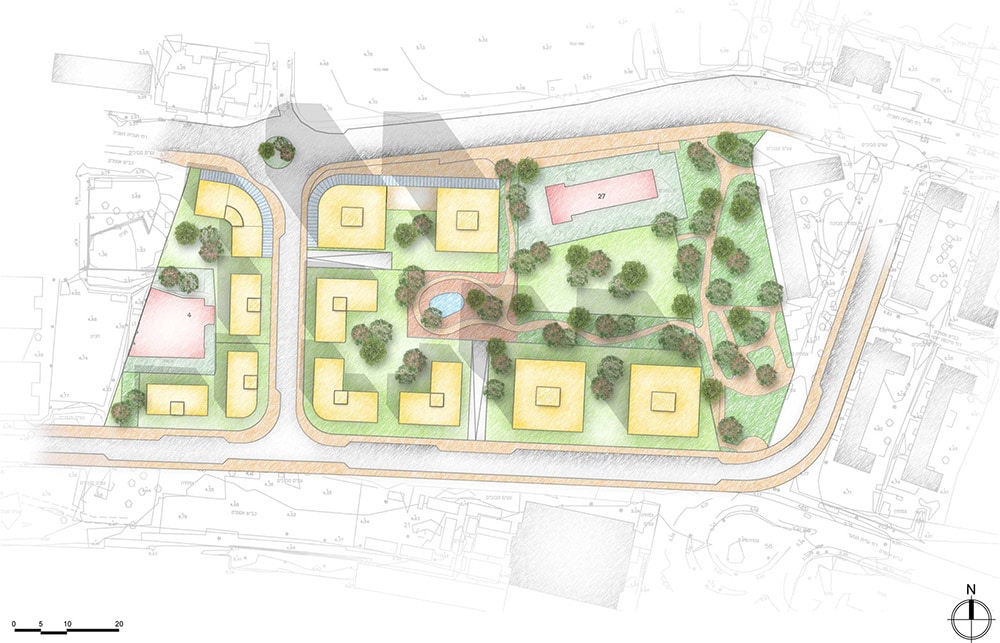 Within the framework of urban renewal in Haifa, our office was chosen to plan the residential neighborhoods, Heyl Hayam and Haaliya Hashniya,  in one of the most important areas of Haifa – Bat Galim neighborhood that is located on the waterfront. The project is part of the extensive urban development that was carried out in this area, which includes the development of Haifa’s sea front.

The plan is high in complexity because it is a construction evacuation plan, but beyond that, additional complexity has been added due to the multiplicity of private, institutional and public costs, the many layers of statutory information, the irregular geometry of the lot and its subdivisions, the high groundwater that impacts the underground parking economy, and the need to coordinate with the airport authority. Another complexity factor is the transport issue. The site is located at a particularly busy junction and is surrounded by its three sides on roads and the metro serving the entire neighborhood and its proximity to the train station.

The plan suggests the demolition of 17 residential buildings that are in poor physical condition, totaling 175 housing units. Instead of these building the plan suggests the construction of 11 residential buildings consisting of 700 housing units all undergoing an urban renewal process. The plan includes high-rise and low rise construction and incorporates a commercial facade along the Second Aliyah Street, which is the main road of Bat Galim. An open public area is planned in the center of the complex.

The complex is located at the entrance to the Bat Galim neighborhood, close to the Bat Galim train station, Rambam Hospital and the medical school. The Navy complex is one of two construction evacuation projects within the framework of the Ministry of Housing and Construction’s declaration for urban renewal complexes.